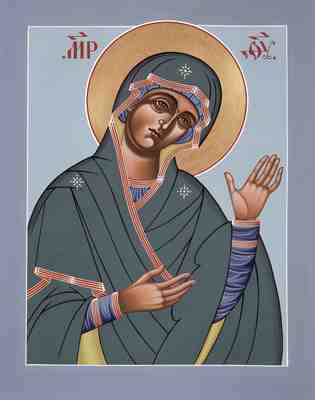 She Who Hears the Cries of the World : Birthday of Mary the Mother of God
“During the Edo period in Japan, when Christianity was banned and punishable by death, some underground Christian groups venerated Jesus and Mary by disguising them as statues of Kannon holding a child; such statues are known as Maria Kannon.
Mary had a cross hidden in an inconspicuous location.”
Wikipedia: Guanyin, Guan Yin, Kuan Yin
If you are looking for a magnificent set of novels, you won’t ever want to end.... similar in some ways to Tolkien’s Lord of the Rings, but with many more heroic women, then you will love the series of “The Tales of the Otori” by Lian Hearne, the first novel is “Across the Nightingale Floor.” This is where you meet the underground Christians, called “the hidden” and see what their persecuted lives were like, in every part of society, amidst such unforgettable compelling story telling by Lian.
Just before the immense tragedy of the total destruction of the World Trade Centers in New York City, September 11, 2001, I was immersed in these “Tales of the Otori” and the significance of the Chinese goddess of infinite compassion, Kuan Yin. I was feeling very restless, uneasy, sensing something awful was coming and simultaneously telling myself I was crazy or my intuition was misleading me. So I decided to use these uncomfortable feelings to create two icons of Mary with the names I was so attracted to, given to the Kuan Yin; “She Who Hears the Cries of the World” and “She Who Carries Me”. I had leaned from many books that this is how the “hidden” in Japan had survived.
When tragedy hit us all that awful morning , I knew that for all of us the world would never be the same. I gave the two icons to my dear friends in Taos, Mari Tara an incredible counselor who could listen to people better than anyone I have known in all my life. Mari died June 21, on St Aloysius feastday last year. And the other icon to my friend Roberto Lavadie, with whom I have collaborated on 5 Crosses ...now in Loyola Marymount in LA, Aurora, Colorado, Taos, a private collector, and finally one which may soon find a home. On this traditional day of the birth of the Blessed Mother, September 8, I offer to you one of these icons we all need and want to see; “She Who Hears the Cries of the World.” Her head is tilted in a listening position and one hand is raised to “catch or receive” the cries of our world, now. She is wearing the healing color of green, most unusual for an icon of the Mother of God, and yet we are in unusual and on every front, frightful Times. Did the Mother of God ever feel the fear and unending stalking of evil that many of us feel today ? Absolutely. At the Presentation of her child in the Temple, she is warned by Holy Prophet Simeon that she herself would live with a sword through her heart. A terrible prophetic pronouncement we painfully honor on the coming feast of September 15, Our Lady of Sorrows. But this is not why I’m bringing you to this icon now. It’s because of the hopeful appellation of She-does hear, the cries of our world. How do we know she hears ? What evidence says that God listens to our Mother who brings our cries to, as Jesus said, our Heavenly Father ? I can only speak for myself and hope you see these signs too. Caregivers, doctors, nurses, store workers, loyal friends, relatives, grace-touched strangers who out of nowhere make your day by some simple act of generosity or kindness. I can personally attest to these “chance” meetings on numerous occasions which truly did change my day. I believe we were born to live in this time for a reason. The same way as Lady Julian of Norwich survived 3 outbreaks of the Plague and wrote of a vision which gives us comfort centuries later. Or St Oscar Romero who was born to share in the brutal, inhuman suffering of his people in El Salvador, and then continues to transfigure this evil by becoming their saint and intercessor. Some of our present suffering, due to the grace of living through the AIDS pandemic, I clearly see... and some of our suffering I won’t see or know until I go “Home”, for Good. “For every season under Heaven,” there are hundreds of unacknowledged saints traveling beside us, quietly sent to touch us by God. Think or pray on your own on her feastday. What has the birth of Mary meant to your life ? Or what will it come to mean if you contemplate her presence in the Gospels ? Or what if you look into the written meditations by by hundreds of our men and women artists, musicians, saints and mystics ? What inspired or who inspired such humble aching love ?
“The Holy Spirit will come on you, and the power of the Most High will overshadow you...”
Luke 1:35
“In the same way, the Spirit helps us in our weakness. We do not know what we ought to pray for, but the Spirit intercedes for us through wordless groans...”
Romans 8:26
Happy Birthday Blessed Mother ! May the Spirit teach us how to love you and all your children, our brothers and sisters.
Amen