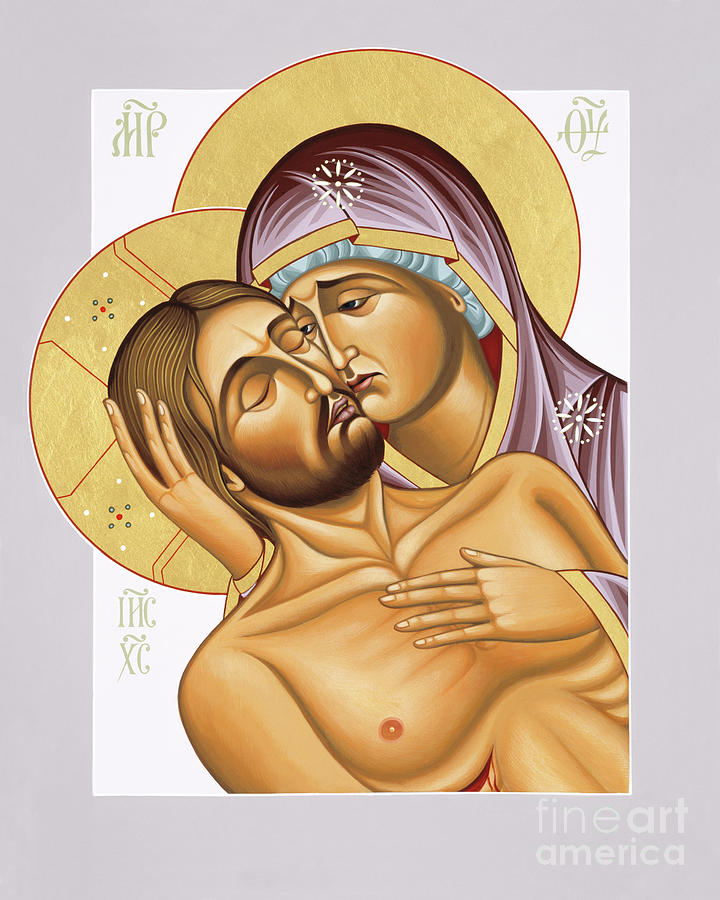 Our Lady of Magadan
I believe it was during this same time, Holy Week in 1994 that I completed this commission for (now deceased) Archbishop Hurley of Anchorage, Alaska to give to the Orthodox Bishop of Magadan, Far East, Russia. Magadan is so distant it's not called Siberia , but Far East it's actually "above" Japan and only 4 hours flight from Anchorage, in the Bay of the Sea of Ohotsk.
Archbishop Hurley wanted to open a Catholic parish in Magadan and he longed to give a gift of an appropriate icon.
Magadan was a concentration camp of the former Soviet Union from 1938 under Stalin until it closed in 1955 under Krushchev. No one knows how many thousands of people died in the prison camps and are buried there. I traveled there in October 1995, and could write many pages on my short but indelible visit; most of all I remember the incredible generosity of the Pastor Fr Michael Shields and the Russian people. And I also visited the Lavra (monastery) of St Sergius of Radonezh, where the Orthodox monks commissioned another icon, Our Lady of Pochaev, which is now in their monastery church. An honor I will never forget.
When designing the icon for Magadan, with its tragic history, I could only imagine a Pieta. I added the pastel or Easter colors to give a sense of what the grieving Mother would soon experience through her Risen Son.

William, congratulations on your sale of this wonderful painting! Happy Holidays!

“Passion is one great force that unleashes creativity, because if you’re passionate about something, then you’re more willing to take risks.” 💖 Congratulations on your recent sale of this amazing Work!💖

Congratulations on your sale William!

Congratulations on your super successful sale!

Art is as natural as sunshine and as vital as nourishment. 💖 🌸💖 🌸 Congratulations on your recent sale 💖 🌸💖 🌸

Congratulations on your sale...Beautiful work!